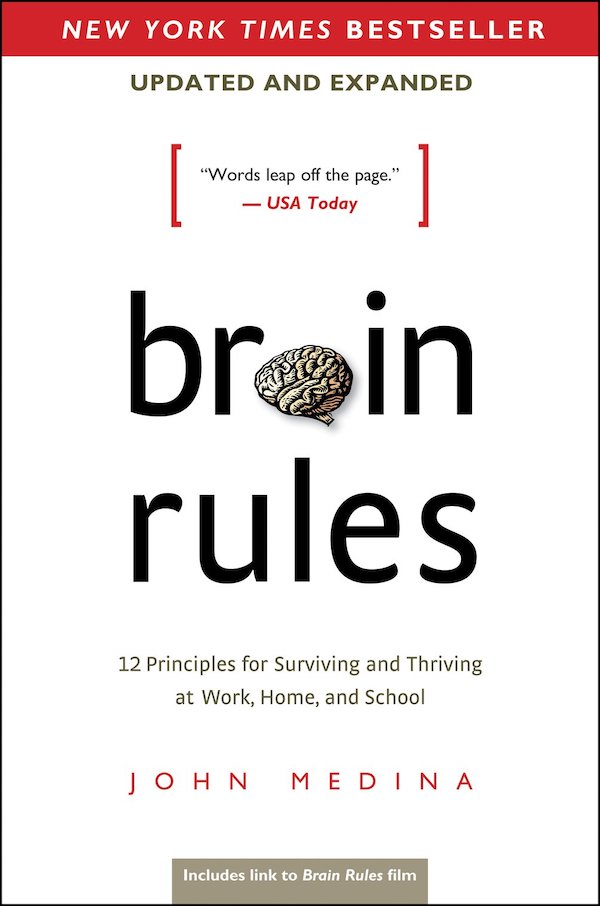 12 Principles for Surviving and Thriving at Work, Home, and School

Brain Rules shares how the brain sciences might influence the way we teach our children and the way we work. In each chapter, the author describes a Brain Rule—what scientists know for sure about how our brains work—and then offers transformative ideas for our daily lives.

The brain appears to be designed to (1) solve problems (2) related to surviving (3) in an unstable outdoor environment, and (4) to do so in nearly constantly motion.

Symbolic reasoning is a uniquely human talent. It may have arisen from our need to understand one another’s intentions and motivations. This allowed us to coordinate within a group, which is how we took over the Earth.

Our brains were built for walking—12 miles a day! So to improve your thinking skills, move.

Exercise gets blood to your brain, bringing it glucose for energy and oxygen to soak up the toxic electrons that are left over. It also stimulates the protein that keeps neurons connecting.

The neurons of your brain show vigorous rhythmical activity when you’re asleep—perhaps replaying what you learned that day.

People vary in how much sleep they need and when they prefer to get it, but the biological drive for an afternoon nap is universal.

Your body’s defense system—the release of adrenaline and cortisol—is built for an immediate response to a serious but passing danger, such as a saber-toothed tiger. Chronic stress, such as hostility at home, dangerously deregulates a system built only to deal with short-term responses.

Under chronic stress, adrenaline creates scars in your blood vessels that can cause a heart attack or stroke, and cortisol damages the cells of the hippocampus, crippling your ability to learn and remember.

Individually, the worst kind of stress is the feeling that you have no control over the problem, also known as learned helplessness.

What you do, learn, and experience in life physically changes what your brain looks like—it literally rewires it.

The brain’s attentional “spotlight” can focus on only one thing at a time: no multitasking.

We are better at seeing patterns and abstracting the meaning of an event than we are at recording detail.

The brain has many types of memory systems. Declarative memory follows four stages of processing: encoding, storing, retrieving, and forgetting.

Working memory is a collection of busy workspaces that allows us to temporarily retain newly acquired information. If we don’t repeat the information, it disappears.

The way to make long-term memories more reliable is to incorporate new information gradually and repeat it in timed intervals.

Our brains give us only an approximate view of reality, because they mix new knowledge with past memories and store them together as one.

We absorb information about an event through our senses, translate it into electrical signals, disperse those signals to separate parts of the brain, then reconstruct what happened, eventually perceiving the event as a whole.

The brain seems to rely partly on past experience in deciding how to combine these signals, so two people can perceive the same event very differently.

Our senses evolved to work together—vision influencing hearing, for example—which means that we learn best if we stimulate several senses at once.

Smells have an unusual power to bring back memories, maybe because smell signals bypass the thalamus and head straight to their destinations, which include that supervisor of emotions known as the amygdala.

Vision by far our most dominant sense, taking up half of our brain’s resources. Perhaps that’s why we learn and remember best through pictures, not through written or spoken words.

What we see is only what our brain tells us to see, and it’s not 100 percent accurate.

The greatest brain rule of all is something I cannot prove or characterize, but I believe in it with all my heart, it’s the importance of curiosity.

Babies are the model of how we learn—not by passive reaction to the environment but by active testing through observation, hypothesis, experiment, and conclusion.

Some parts of our adult brains stay as malleable as a baby’s so that we can create neurons and learn new things throughout our lives. 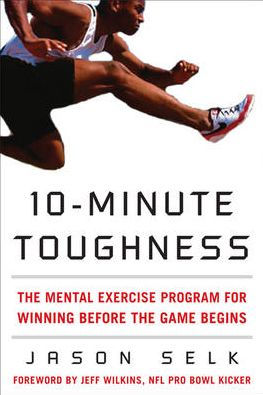 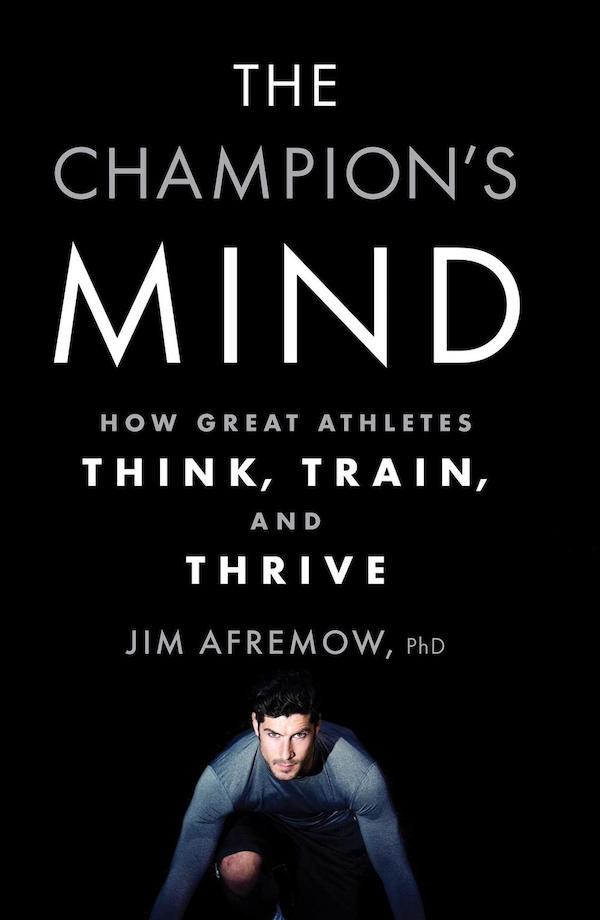 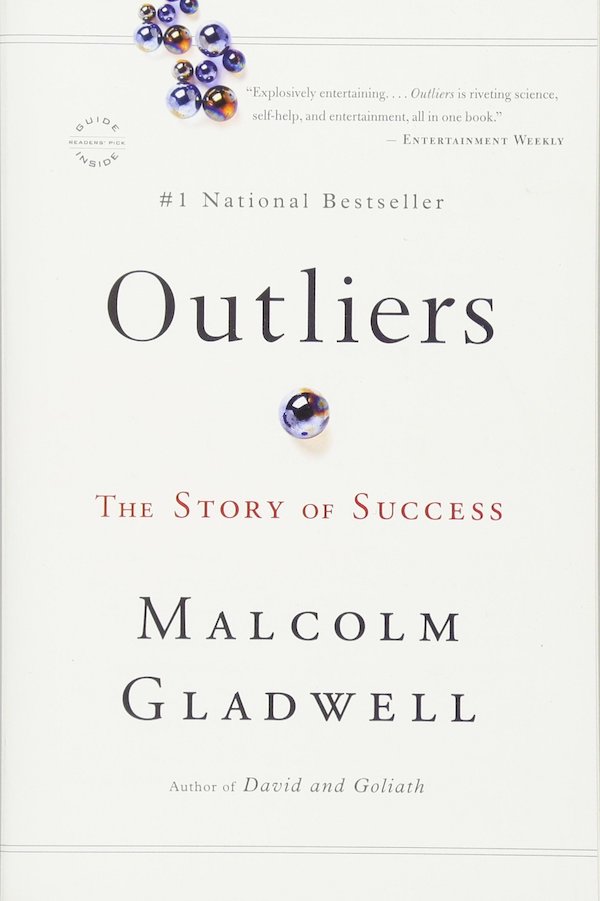